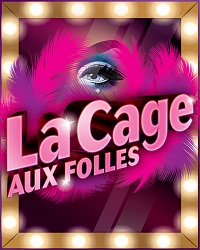 Jean-Michel and Anne are newly engaged, and now her straight-laced parents want to meet his. The only problem? His birth-mother is out of the picture, his dad owns a drag nightclub, and his mom is the star of the show! Jean-Michel wants just one night with his parents playing it “straight” to impress Anne’s parents. What’s a Drag Queen to do? If you’re a fan of Mama Ru and The Birdcage is a favorite, then you’ll love Jerry Herman’s original “Her”story-making Broadway musical – La Cage aux Folles!