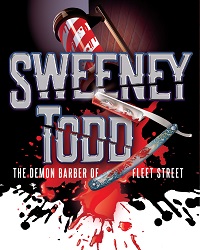 Come hear the brilliantly humorous tale of Sweeney Todd this Halloween season! Stephen Sondheim’s eight-time Tony Award-winning masterpiece comes to ABT with a devilishly delicious menu to match. Yes, meat pies and Bloody Marys are on the menu! The musical tells the story of a barber who has recently entered back into society with a bone to pick with humanity. He finds an unlikely ally in local baker, Mrs. Lovett. Together, they charm audiences with their outrageously uncouth, yet hilarious, let’s say “business venture.” Featuring one of Broadway’s most brilliant scores that includes Pretty Women, A Little Priest, and Not While I’m Around, Sweeney Todd is a beautiful, soaring black comedy classic that should be on everyone’s bucket list!